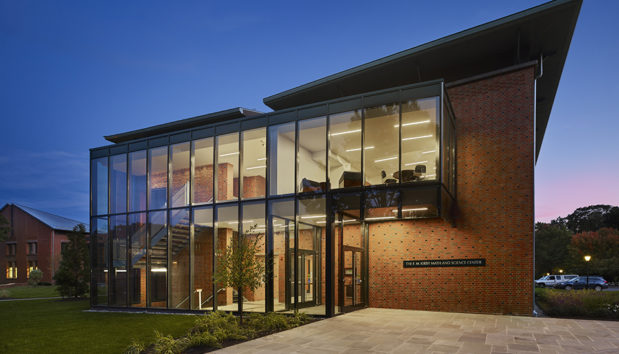 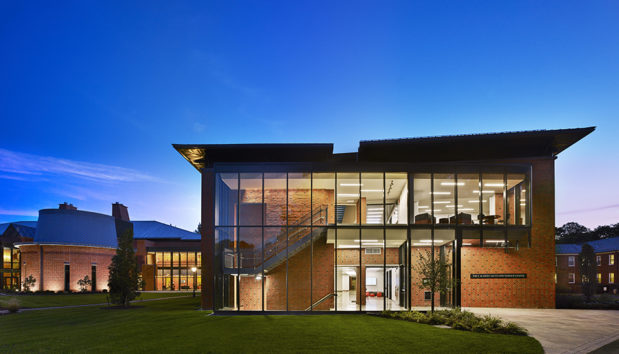 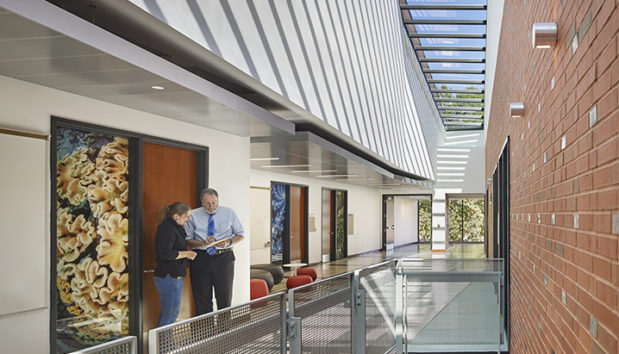 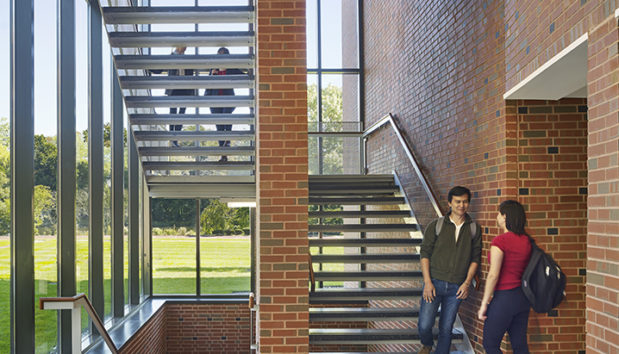 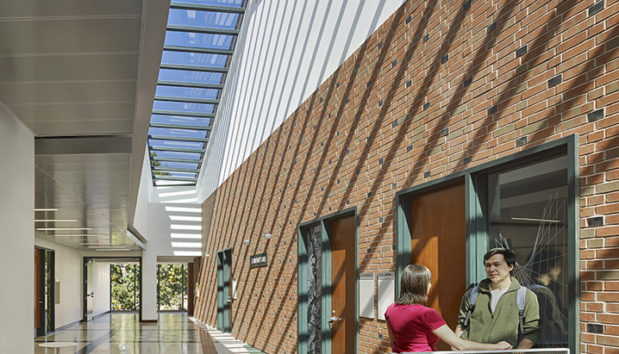 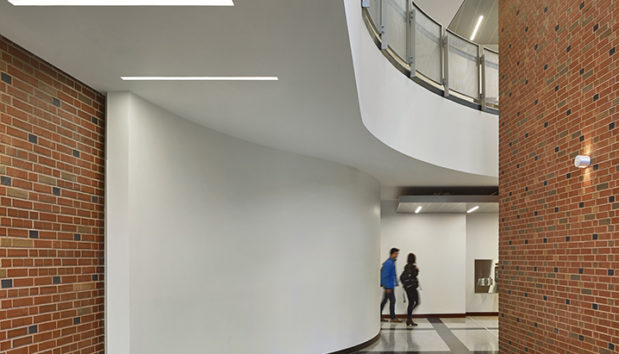 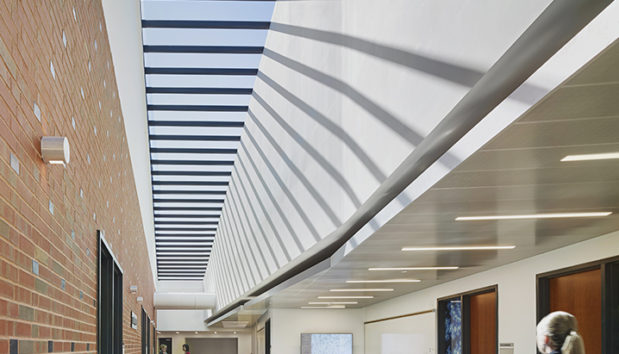 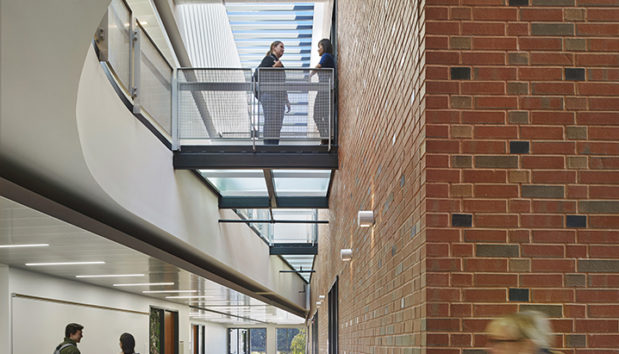 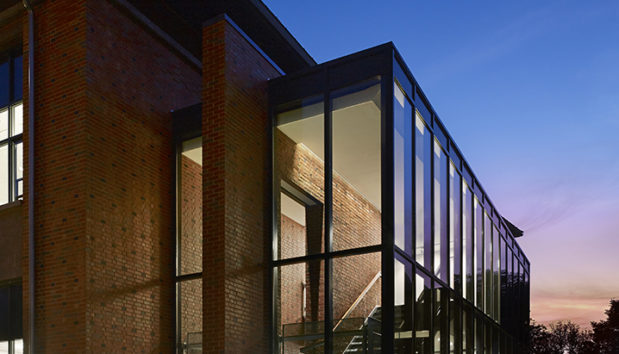 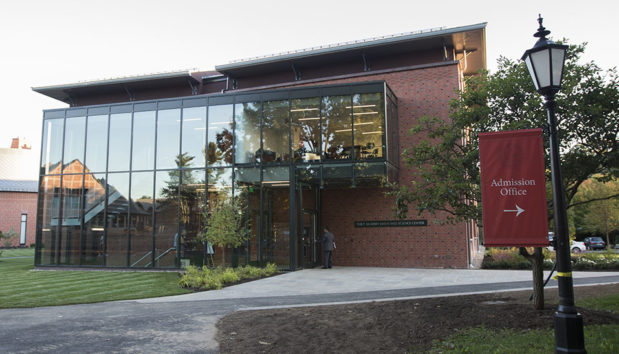 The new 23,210 square foot two story classroom building, with a full basement, replaced the 35 year old Corby Math Building. The project included the razing of the existing Corby Math Building which due to the sea-change in technology since 1980, in particular over the past decade with wireless and cloud computing, had rendered the building physically obsolete as the existing single story structure built primarily to house a room-sized mainframe computer surrounded by 40 workstations, was no longer a model for the school.

The new F.M. Kirby Math and Science Center enables the schools’ math and science departments to collaborate more intentionally. The new building includes 13 classrooms, a department/faculty room, and open spaces for informal gatherings. Ten of the classrooms accommodate single classes, while the remaining three are sized for larger presentations and projects. Whimsical touches in the building’s design seek to incorporate “mathematical themes”, such as a row of windows sequenced to mimic Fibonacci numbers. The new building is be connected on the 1st & 2nd floor levels to the existing Kirby Science Center and include features and design that are fitting of the Kirby Science Building. This included terrazzo floors, interior brick walls, and sophisticated finishes, as well as state of the art IT and AV features. The exterior of the new center respect the existing Science Center while being mindful of the schools existing late 19th century buildings including a brick facade accented with granite and skylights to illuminate the interior of the building and selectively placed structural glass floors.