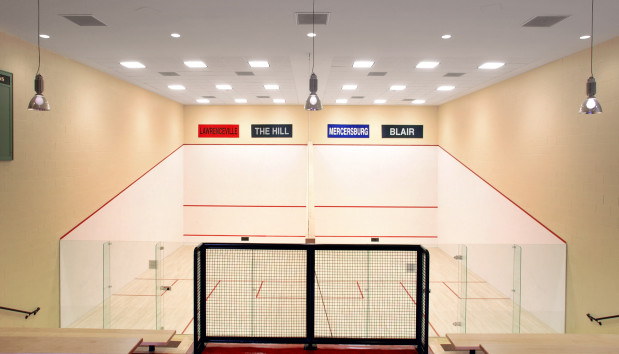 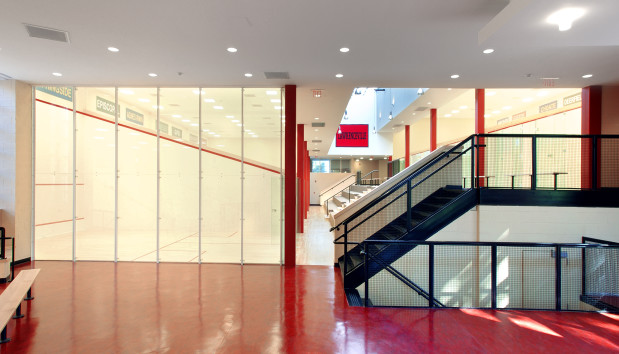 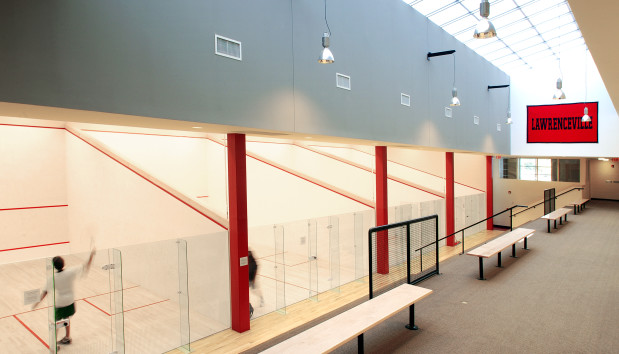 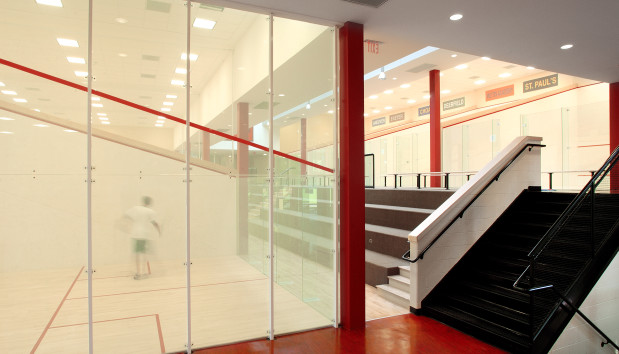 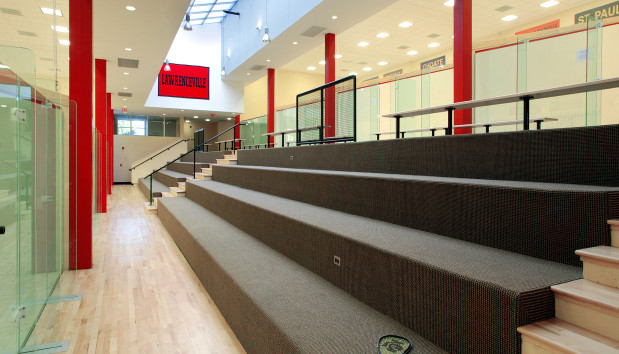 Construction on a new 19,950 square foot Athletic facility to accommodate two (2) premiere squash single courts and eight (8) regular squash single courts including spectator bleachers and mezzanine seating areas.  The courts were constructed using Armourcoat’s ® 100% gypsum based plaster system, quarried in England and formulated for high impact resistance. The system utilizes only alpha grade gypsum with a blend of hardening agents, pigments and resins. The Armourcoat Hard Plaster Court Wall system provides a superb white finish for traditional white courts. The total wall system is 1/2″ thick consisting of 2 base coats and 3 finish coats. The system was installed by Anderson Courts and Sports Surfaces, Inc. as the exclusive North American representative.  In addition to the squash courts themselves, the project also included the construction of three (3) team rooms, officials’ room, public toilets, and viewing areas, and the reconstruction of an adjacent 230-person locker room.

The Semans/Lawson-Johnston Squash Courts Facility was constructed adjacent to the Lavino Field House and required precise coordination with the existing facility to accommodate both mechanicals, utilities and services as well as pedestrian and elevator access to and from both facilities and between each of the facilities. Construction took place during the school year and was scheduled to avoid any conflicts with the very active use of the Lavino Field House.